Hype on Geiger counter - We got new deliveries!

The sanctions against Russia have far-reaching economic consequences. Numerous companies have restricted their business in Russia. Due to the export stop in Russia, it will probably be difficult to obtain sufficient new goods in the coming weeks!

Therefore, we are surprised to have received another delivery of RADEX Geiger counters, which we offer you now in our Radon Shop: Radiation Detectors

The functioning of the Geiger counter simply explained!

We have received a new supply of Radex ONE Geiger counters, which are used to monitor background radiation. Attention, we still have a few Geiger counters in stock, as they are in high demand at the moment. Click here to go directly to the products: Radiation Detectors

Due to the actions of the Russian President Vladimir Putin in the "Russia - Ukraine - War" and the shocking event a few days ago - the fear rises among the world population about a new nuclear catastrophe. In the night of March 4th.2022, according to Ukrainian data, Russian troops shelled the Zaporizhzhya nuclear power plant. Video images of a live feed on the Internet showed explosions and clouds of smoke over the Zaporizhzhya nuclear plant. According to firefighters, Russian soldiers initially did not let firefighting teams through to the scene of the fire, as a result of which the fire could not be extinguished until hours later.

Fortunately, the fire did not reach the reactor units and, according to the IAEA, there should be no elevated radioactive levels. In addition to the export ban, the G7 countries plan to impose further sanctions against Russia if President Putin does not immediately end the invasion of Ukraine.

Why a hype on Geiger counters due to Ukraine-Crisis?!

In the event of a nuclear explosion the Geiger counter is the simplest method of detecting radioactive contamination in the immediate vicinity. Due to the current export ban in Russia there is only limited access to new goods and for this reason the orders for Geiger counters increased rapidly in the last two weeks.

We have only a few Geiger counters left in stock, as they are in high demand at the moment. Click here to go directly to the products: Radiation Detectors 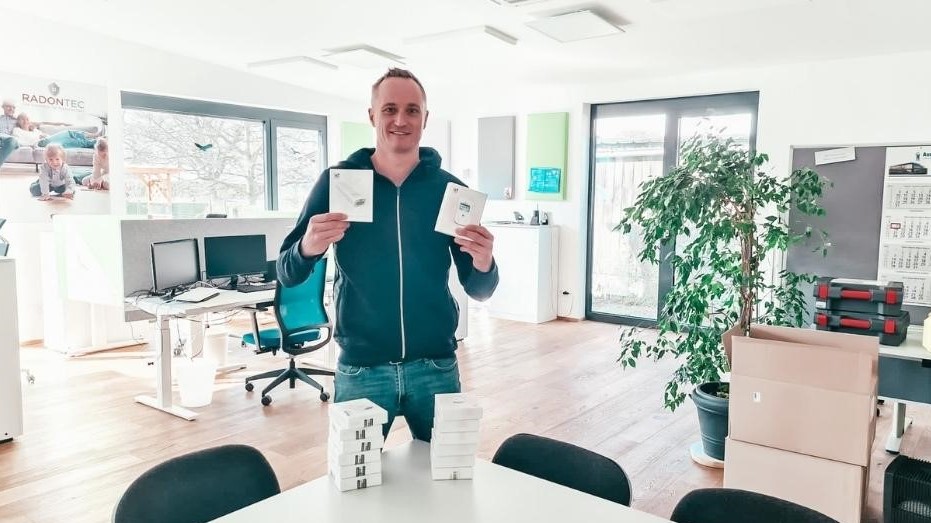 Are you interested in the topic of radon and still have questions?

Then visit our info page: Radon consulting or contact us! 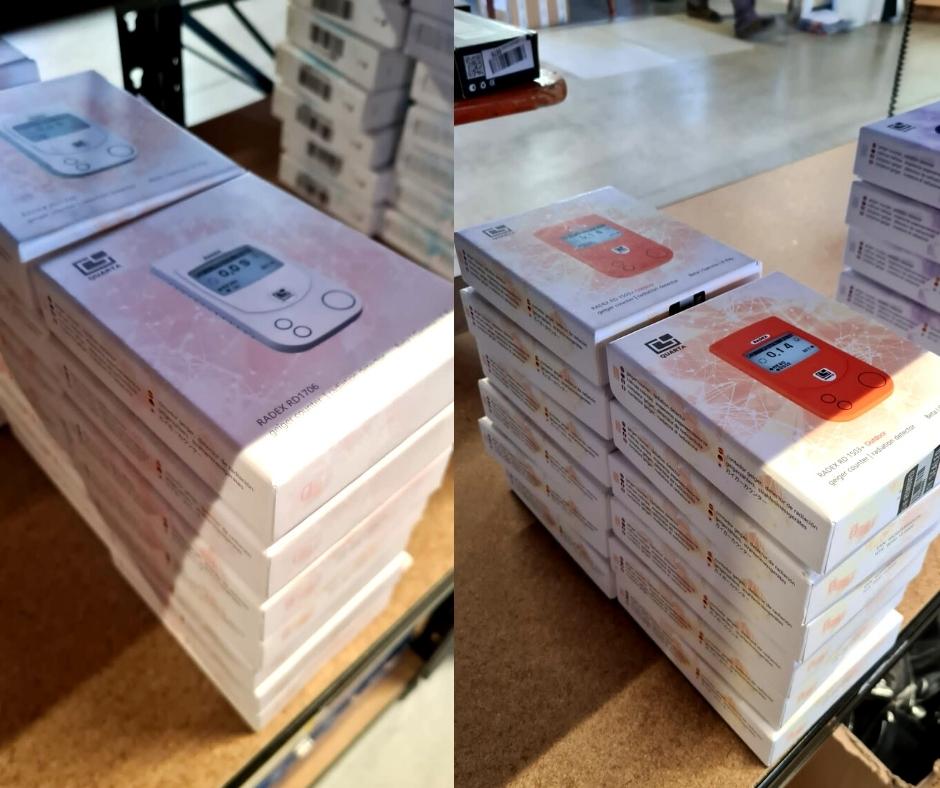 Due to the renewed shelling of the largest European nuclear power plant Zaporizhzhya - which has been occupied by Russian troops since the spring, the danger of a leak of radioactive substances is...

A new initiative aims to raise awareness among the citizens of Saxony-Anhalt about the carcinogenic, naturally occurring radioactive noble gas radon. The Federal Office for Radiation Protection...

The State Office for the Environment, Mining and Nature Conservation (TLUBN) announces that extensive radon soil measurements will begin in Thuringia this September to track down the carcinogenic...

In the MZ Newspaper Article from May 10th 2022 our RadonTec Exposimeters are recommended for long-term Radon Measurement. The MZ reports that the unified municipality of Arnstein, was one of the...

By selecting "Accept all", you give us permission to use the following services on our website: , , ReCaptcha, Facebook Pixel, Google Analytics (Universal Analytics), Google Ads Conversion Tracking. You can change the settings at any time (fingerprint icon in the bottom left corner). For further details, please see Individual configuration and our Privacy notice.